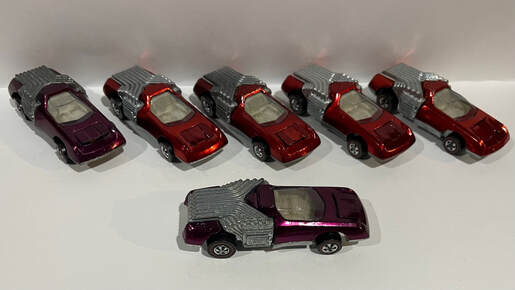 My Noodlehead Collection
The original Hot Wheels cars or Redlines were produced from 1968 through 1977.  They are identifiable by their red striped wheels.  These cars featured thin, low friction axles and mostly all-metal castings.  By my count there are 153 distinct Redline castings and I've been able to acquire 103 of them (and most of the ones that have speed potential).  After 1972, some of the Redlines were modified versions of previous castings or were simply renamed.

The early release years from 1968 through 1972 featured all-metal cars with Spectraflame paint.  The last few years started introducing models with plastic bases which did not help with speed. The key with these cars is finding loose ones in great condition, most importantly with strong wheels and axles or buying the cars in blister packs, which can be expensive.  I've acquired Redlines primarily through Ebay, but also at Hot Wheels/ toy shows and through Dave at ToyCollector.com.  I also had some of the 1976 models from my childhood (still in good condition, amazingly).
​
I've acquired multiple copies of some of the faster and heavier models.  See my collection picture on the bottom of the page.  Cars I would love to acquire (if I can find them at a reasonable spend) include the Classic Cord, Custom Charger, Olds 442 and the GMC Motorhome.
Some racing details: 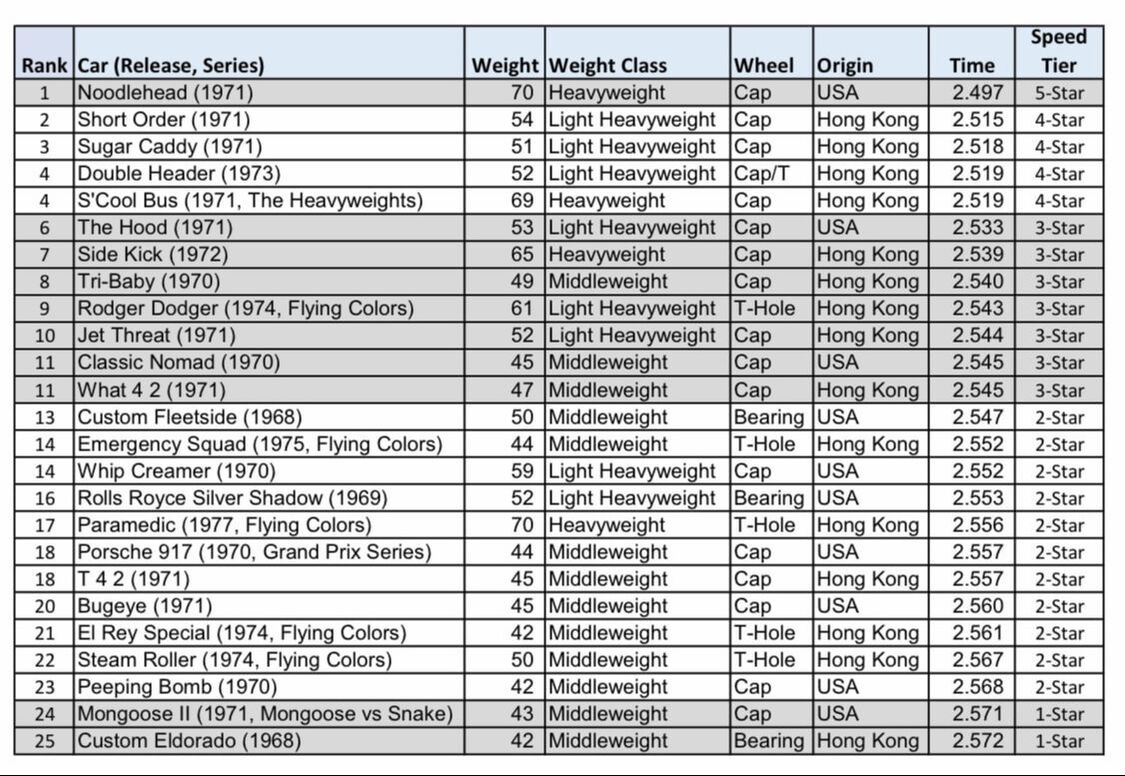